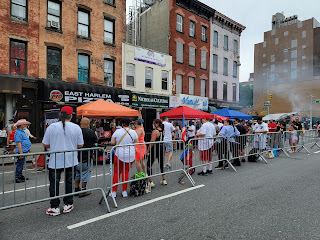 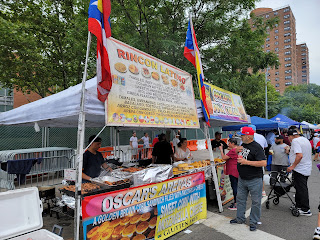 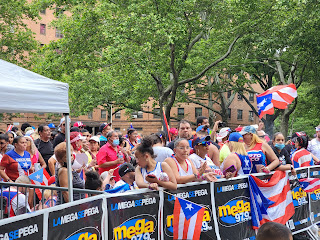 Here are some parade photos by Ismael Nunez: 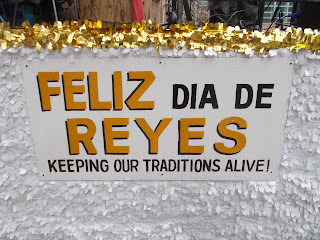 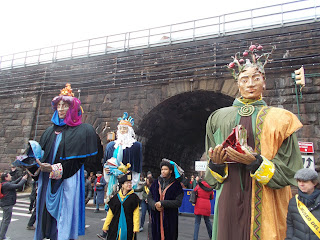 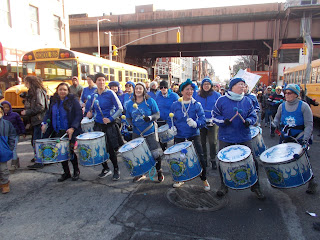 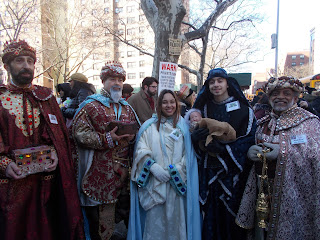 Politicians including New York Governor Andrew Cuomo and parade honorees open the National Puerto Rican Day Parade with a ribbon cutting. Then the parade comes alive with music, flags and cultural and political expressions. The yearly display of Puerto Rican pride is a NYC tradition for sure. 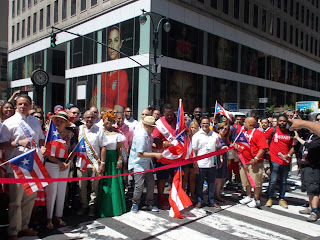 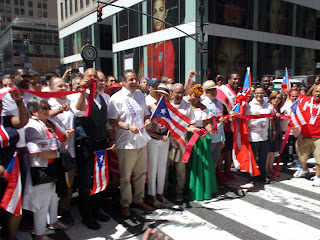 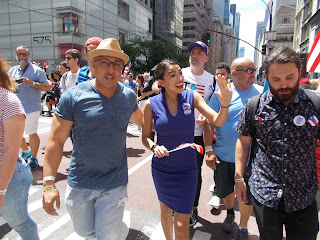 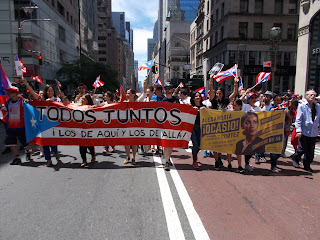 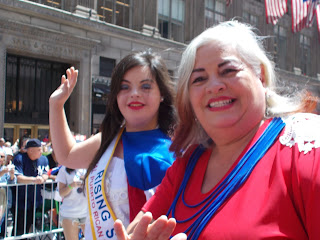 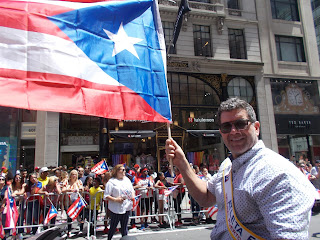 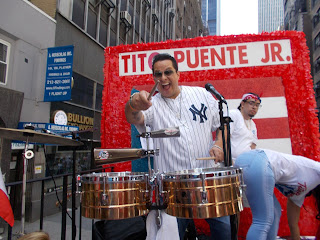 To view more photos from the parade and more, visit Ismael's photo page.
on June 10, 2019 No comments:

The actor plays Kid Rizzo in the new production


Here is the story of Rocky on Broadway, which is currently playing at the Winter Garden Theatre in New York City. Yes, it is that familiar Rocky story from the movies: "Somewhere in downtown Philadelphia, a down-and-out fighter named Rocky Balboa struggles to stay on his feet. But when the chance of a lifetime comes along, he takes his best shot at becoming a champion… and his last shot at finding first love."

The iconic underdog story Rocky has inspired an innovative new stage production, brought to life by a five-time Tony Award-winning creative team, including director Alex Timbers (Peter and the Starcatcher), songwriting team Lynn Ahrens and Stephen Flaherty (Ragtime), and book writers Thomas Meehan (The Producers) and Sylvester Stallone (Rocky, the Oscar-winning Best Picture). Rocky is a heart-stopping theatrical experience for everyone brave enough to follow their dream such as Puerto Rican actor Luis Salgado who plays the role of Kid Rizzo in the production.

Puerto Rico Sun had the pleasure of chatting with Salgado about being a Puerto Rican artist in New York, his new role in Rocky on Broadway and more.

1-Can you tell us a little bit about yourself?

"I was born in Puerto Rico and my blood is Taíno. Spanish-Caribbean is my soul". Those lyrics from “The Capeman” define very well how I feel. Living in New York City, I have the chance to represent my culture and inspire many other Latinos, through the arts. It is a great time to honor and celebrate our Latino identity, and tell those stories from our own experience.

I started performing at Bellas Artes (Performing Arts Center) in San Juan, professionally directed by Ernesto Concepcion, Sr., at the age of 16-17 - when we did a play called Vida Vida. Then I had the honor of performing alongside renowned actors Angela Meyer, Lucy Boscana and many others, in a revival of Francisco Arriví's Vegigantes, the classic play about three generations of a Puerto Rican family, dealing with race. Another experience that I’ll never forget was working in the Zarzuela by Ernesto Lecuona Maria La O with Johanna Rosaly at the Paoli Hall, directed by Gilberto Valenzuela. I studied at the University of Puerto Rico for three years and then moved to NYC to pursue my dream of being on a Broadway stage.

Now I am celebrating 10 years since my very first Off-Broadway Show, Fame on 42nd St., which I did in 2004. It has been a ride, and I am thrilled to be in my third original Broadway production with a wonderful cast and inspiring creative team. We just recorded the music album for “Rocky Broadway” this past week, and that’s part of the wonderful opportunities that we get to experience and learn from being an original cast member. This album is an addition to my record collection, which also includes . In the Heights and Women on the Verge of a Nervous Breakdown, which represent my other shows on Broadway.

2. You are on Broadway and you are Latino...Are you aware that in this city there is a large Latin American community?

I am extremely aware because I love my community and try to contribute something to it with every step I take. Sometimes I get to do that by simply doing my art. Other times it is by working in the community such as on R.Evolution of Evolution through the arts. “R.Evolución Latina” is now in its sixth year of empowering local communities and our programs continue to expand.

There is also a BIG interest in the Latino community nowadays. I see it, hear it and feel it.

We have always been here, very present in society, in sports, in arts…Now because of the potential for business in the Latino market, people are paying more attention.

That is why it’s very important that we also use this time to represent our community in the best way possible and voice the things that most empower us and have the greatest potential to make positive changes and contributions in areas such as the arts, TV, news media, public service and cultural awareness.

3-For the part of Rocky on Broadway, you watched the past Rocky movies, right?


Funny enough, I have seen all Rocky movies, many times. I love the first two. I love the relationship of this character [Rocky] with himself, Adrian and his community. My favorite is perhaps Rocky 4 when he meets Drago. But overall, the musical is based on Rocky I, where he gains his self confidence and the love of his life.

Besides my passion for boxing and theater, this show speaks to me closely because my wife Denisse has also been a major inspiration in my life, to dare to go beyond and pursue my dreams with her endless support. She came all the way from Puerto Rico with me and now we have made our dreams come true, one step at a time.

4-In this play you act, dance, and sing. You really had to do a lot of training, practicing?

The last 10 years I have been madly in love with musical theater, so every show has brought the challenge of this combination. I have always had a new positive challenge in every project. I find that being in the arts is the best way to not only train my body, but also my mind, education and spirit.

5-Puerto Rico has produced many gifted boxers. Take any lessons from any of them?

I wish! It would be a great honor to train or do a full training camp with one of the great champions of my island. Perhaps with Miguel Cotto. To be by his corner when entering the ring, that would be a dream. I am very passionate about boxing in my daily life, far beyond this show. I find the discipline and mental challenge of a boxer, one of the greatest of all.

6-A lot of gifted Puerto Rican actors/actresses made a name for themselves on Broadway: Rita Moreno, Chita Rivera, Jose Ferrer, Raul Julia, Miriam Colon, Benicio Del Toro. How do you feel about that?

I have huge respect and admiration for them all. For sure Raul Juliá has always inspired me. Somehow, I realized that he was 24 when he moved to NYC. I was 21, so it sort of inspired me to have three years of studying as my main plan, before pursuing bigger endeavors. I studied non-stop for a year an half, and then got my first musical after performing at places like Madison Square Garden with such Latin music stars as Thalia and Paulina Rubio and traveling to Japan as a guest dance/choreographer artist. I knew quick that NYC was home, that I wanted a life in the theater here. Great leaders like Miriam Colon (and the work she has done at the Puerto Rican Traveling Theater), as well a Rita Moreno, Chita Rivera and the legacy of José Ferrer have created a road map and opened doors for me and my generation.

I also love the story of the underdogs, and there are so many not so famous names that have also inspired me such as Puerto Rican dancer Carlos Sierra, who I saw perform in the Broadway show Swing with the great Maria Torres, who I later worked with in my first Broadway-bound show Mambo Kings. Also Julio Monge, who I saw many times in videos doing Fosse, and whose footsteps I followed in re-creating his role in the musical The Capeman for the concert version staged by the Public Theater at Central Park a few years ago. I even got to take workshops with him before I moved to NYC. All of these people have a part of my heart and a part of my history.

7-Do you feel their presence is with you when performing?

Yes and yes!! When doing “In the Heights” at the Richard Rodgers Theater, I had stories of Raul Julia in my mind during intermissions. I remember telling myself: "I am performing where Raul Juliá performed.”


8-So after Broadway what’s next? Movies, television, telenovelas or another Broadway show?

I love Broadway and there is so much more for me to accomplish here, in the many fields that I love and admire – as producer, choreographer and mainly, as an actor. But I have been able to experience film in projects like Enchanted and Step up to the Streets. I would love to do more film as well. I love all the arts, but among all the forms, musical theater thrills me. To be in front of an audience and get their honest reactions live every night, eight shows a week, while being challenged with dancing, singing and acting night after night is fascinating to me.

9-Any message you’d like to say to the Puerto Rican community here in New York City?

"Si yo no hubiera nacido en la tierra en que nací, estaría arrepentido de no haber nacido allí”. Even when I discover a strong connection with many places in Latin America and admire our collective history as Latinos, I find myself having a very unique human experience thanks to the vulnerable heart and warmth that comes from my island, my people, my family, my pasteles and coquito. Thank you to all of the people who with pride and respect, honor who we are as Boricuas, as Latinos.
Make the Taíno blood always shine throughout the world!

Ismael Nuñez is a contributing writer to Puerto Rico Sun. He is a resident of East Harlem.
on April 16, 2014 No comments:

Here is a link to the photos I took at the parade: