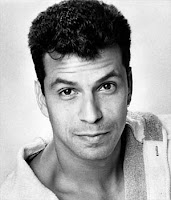 Boricua Manny Siverio is a man known for his many talents. He is a stunt man and stunt coordinator, working in the film industry since the early 1980s. He has over 300 film and TV credits. He’s a mambo dancer, a writer and a martial artist too. But he says, “The most important thing for me is that I’m a happily married man and father.” His wife Addie Diaz is a dance choreographer and a dancer. As a writer, Siverio’s articles have been published at www.salsanewyork.com and he has contributed to various martial arts magazines, including Black Belt Magazine and Karate Illustrated. Here’s what Siverio had to say about his career in the stunt world: Q: You’re a professional stuntman. How did you get into that area of work? A: I’ve always been physically active ever since childhood. I practiced doing fight scenes and filming it with my super 8 camera when I was 12-13 years old. I still have several of these “fight scenes,” which I had quickly slapped together when I was a kid. When I la
Post a Comment
Read more
More posts