Salsa and bomba in the Bronx

Free music events in the Bronx to highlight salsa and bomba. Click on images for more information. 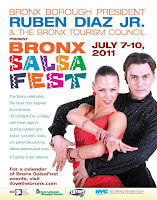 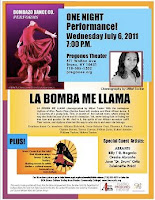 
I attended the Puerto Rican Day Parade and tried to capture a good mix of the parade. My main focus was to document the culture and the people. Enjoy.

There are more than 600 photos in my photo set. Also make sure to visit a group photo exhibit on the parade that PRSUN is curating at http://flickr.com/groups/nyprparade. Support independent media and art.

One sato at a time...Un sato a la vez: Sterilizing your Dog = Saving a Sato?

Puerto Rico promotes itself as a top travel destination

With President Obama's historic and brief visit to Puerto Rico next week, the island is getting worldwide attention. Puerto Rico Tourism Company officials welcome the spotlight to show off the Caribbean island as a "tropical paradise" worth exploring for its rich history, culture, natural wonders, cuisine, sports and more.
Despite headlines of the high unemployment and high crime rate on the island, it is impressive that Puerto Rico has actually seen an increase in tourism this year.
Tourism reports that hotel occupancy rates this year increased four percent over the same period last year; the island saw a 34 percent increase in visitors from cruise ships last year an expect an increase this year; and the number of airlines flying to Puerto Rico is up, with nine U.S. airlines now servicing the island and another expected later this year.
PRSUN met earlier this week with Ciso Moreno of the Puerto Rico Tourism Company, which has been spent the last few days at the Caribbean Travel Organization's "Caribbean Week in New York" trade show. Puerto Rican tourism officials are at the trade show promoting the island as a top travel destination and to showcase the island's tourism development and investment plan to potential investors.
"Puerto Rico is the most diverse destination within the Caribbean made up a diverse cultures," he says. "It's a big blend."
He says the diversity the island has to offer is not only reflected in the people, but also in its cuisine and tourist attractions throughout the island.
"We want to offer you a destination experience," says Moreno. Puerto Rico Tourism encourages visitors to go beyond the hotel they are staying and to explore the island because "there's something for everyone" from the beautiful beaches to the natural wonders to scuba diving, whale watching, and golfing.
"We have the fun, the sun and the rum," he says, adding that tourists are welcomed to see what is "unique and different" about Puerto Rico.
He says many tourists leave the island and end up returning to explore more. Repeat clientele, he says, is 57% at hotels, which is a good sign.
New laws on the island are making it an attractive investment opportunity for resort and hotel developers.
The island's tax credits and exemptions for projects such as hotels, timeshares and vacation clubs are also helping. Tax incentives also exist to make Puerto Rico a highly desirable location for film productions, which helps to contribute to the island's economy as far as jobs and hotel rooms.
In addition, Puerto Rico's new marketing campaign "Just Think, Puerto Rico," which was launched in New York City last November, has definitely made its "Puerto Rico does it better" line more than just a catchy phrase.
The fact that no passport is required for U.S. citizens traveling to Puerto Rico is also especially attractive to tourists seeking a Caribbean getaway.
Puerto Rico has eased its laws, making it easier for U.S. citizens to get married in Puerto Rico. Because of that, Moreno says he expects to see an increase in the wedding/romance tourism sector, which he calls "Puerto Rico's best kept secret."
Another interesting market Puerto Rico Tourism is targeting is medical tourism to serve visitors with health problems such as those in need of dialysis.
While many say President Obama's visit to Puerto Rico is a public relations stunt to sway stateside Puerto Ricans on his reelection campaign, Moreno says Obama has an interest in Puerto Rico's vision for economic development including its reinvigorating tourism industry.
In this economy, Moreno says, many places are busy trying to fill the hotels rooms they have, but "we continue opening hotels." And, that means jobs on an island with high unemployment numbers. That is something that has grabbed Obama's attention, Moreno says.
The president's visit is expected to include talks about Puerto Rico's status as a U.S. commonwealth and government efforts to foster economic development.
To find out more about Puerto Rico Tourism, visit seepuertorico.com.
on June 09, 2011 No comments:

It's Puerto Rican Parade week in NYC. Stop by the PRSUN shop. Show your support for independent online media and art. Shop features a variety of merchandise featuring original photography by Clarisel Gonzalez.

Andres Jimenez in the Bronx 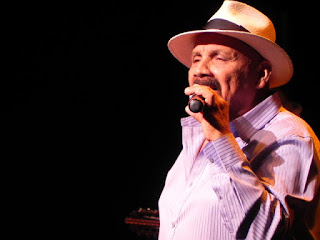 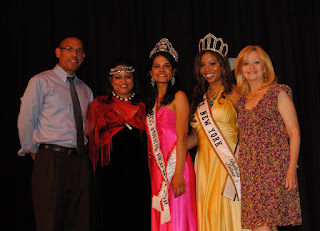 Francis Marie Cruz, 25, of Yonkers is the new Miss Puerto Rico for this year's National Puerto Rican Day Parade. She is a special education teacher of children with autism. She has a master's degree from Pace University in special education and a bachelor's in journalism from SUNY New Paltz. She won the title Saturday at the cultural pageant in Queens. The parade is June 12th along Fifth Avenue in Manhattan. For a complete calendar of parade-related events going on throughout the city, go to www.nationalpuertoricandayparade.org.
on June 01, 2011 No comments: