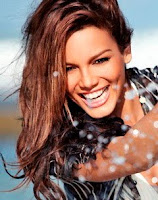 source: National Puerto Rican Day Parade
on May 24, 2011 No comments: