Showing posts from October, 2006
Show all
October 28, 2006
Note: There have been problems posting featured photos from flickr directly to this blog. Feel free to check the Puerto Rico Sun photo group at flickr directly. You will enjoy a wonderful mix of photos by a diverse pool of photographers.
2 comments
Read more
October 20, 2006
BomPlenazo on PRSUN TV Highlights of the BomPlenazo extravaganza at Hostos Community College will be featured in the next PRSUN TV to start airing at 3:30 p.m. Monday, Channel 69, Bronxnet. Show repeats at 8:30 a.m. Tuesdays and 12:30 p.m. Thursdays.
Post a Comment
Read more
October 19, 2006
REMINDER: TONIGHT'S THE FUNDRAISER FOR THE Bx3M. Come Support YERBABUENA PERFORMING WINE WILL BE SERVED Crew and cast members of this exciting new movie by filmmaker Judith Escalona expected to attend. 6-8:30 p.m. Suggested Donation: $5 minimum PRdream/MediaNoche, 161 E. 106 St., El Barrio
Post a Comment
Read more
October 14, 2006
PRSUN TV Nominated for a BETA Award PRSUN TV, a cultural arts show that airs on Bronxnet's Channel 69, has been nominated for a Beta award in one or more categories. The Beta awards recognizes the work of independent producers on public access television in the Bronx. Winners, selected by a panel of judges, will be announced at Bronxnet's Beta award ceremony in November. This is Bronxnet's version of the Emmy awards. Thanks. PRSUN TV
Post a Comment
Read more
October 09, 2006
Bx3M 161 East 106th Street, First Floor, New York, NY 10029, 212.828.0401 A LETTER FROM THE EXECUTIVE PRODUCER Hello, I'm Jaime Sanchez the executive producer of an exciting new film project entitled Bx3M. It's written and directed by Judith Escalona, a fresh talent with a bright future in filmmaking -- if she can acquire the funding to get her projects done. I ought to know. I'm a veteran film and stage actor who played a leading role in Sidney Lumet's The Pawnbroker, and Sam Peckinpah's The Wild Bunch. I also worked directly with Judy as the lead in her short film The Krutch. That film is currently in the film festival circuit. Bx3M is her new feature-length film project, the story of three Latino youths growing up in a city going up in flames. Think of the Bronx circa 1978, now fast forward to the present. The Bronx looked like a war zone then, thankfully that's changed. What hasn't, and probably never will, is the struggle involved in growing up. Ma
Post a Comment
Read more
October 09, 2006
NEW FILM ABOUT COMING OF AGE IN THE BRONX SCHEDULED TO BEGIN SHOOTING FUNDRAISING RECEPTION THURSDAY, OCTOBER 19, 6PM – 8:30PM AT PRDREAM New York City, October 9, 2006 – Bx3M begins shooting at the end of October. Written and directed by Judith Escalona, the film is the story of three Latino youths coming of age in a city going up in flames. Think the Bronx circa 1978 or Manhattan 2002. The comparison may not be immediately apparent but urban blight and human suffering are as common today as they were then. So are the youth growing up during those confusing, turbulent years who must make choices that will change the rest of their lives. The “3M” stands for Maria’s Birthday, Mona’s Move and Michael’s Revenge – the three interlacing stories that together make up Bx3M. Escalona is actually returning home to the “Boogie Down” to make this feature-length movie after spending most of her adult years in Manhattan and abroad. It is her way of coming to terms with what she left behind, ac
Post a Comment
Read more
October 05, 2006
Community calendar ELLIOT, A SOLDIER’S FUGUE ▪ October 6 - 29, various matinee and evening performances at 3:00 pm, 8:00 pm. Page 73 Productions (P73)and El Museo del Barrio proudly reprise the critically acclaimed play "Elliot, A Soldier’s Fugue" written by Quiara Alegría Hudes and directed by Davis McCallum on the stage of Teatro Heckscher of El Museo. Page 73 Productions first presented the play’s premiere in early 2006 at the Culture Project, where it received critical praise and played to sold-out houses. Mateo Gomez is Elliot in "A Soldier's Fugue." "Elliot, A Soldier’s Fugue" tells the story of three generations of Puerto Rican men in one family and their experiences in the US military. At 18, Lance Corporal Elliot Ortiz crossed over to Iraq . At 19, he received the Purple Heart. Now, back from active duty, Elliot is a hometown hero. As Elliot comes to terms with his own memories of war, the military experiences of his father and grandfathe
Post a Comment
Read more 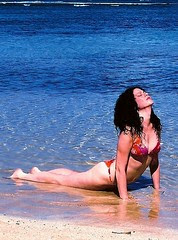