The 2010 Census counted 50.5 million Hispanics in the United States, making up 16.3% of the total population. The nation's Latino population, which was 35.3 million in 2000, grew 43% over the decade. The Hispanic population also accounted for most of the nation's growth----56%----from 2000 to 2010.
Among children ages 17 and younger, there were 17.1 million Latinos, or 23.1% of this age group, according to an analysis by the Pew Hispanic Center, a project of the Pew Research Center. The number of Latino children grew 39% over the decade. In 2000, there were 12.3 million Hispanic children, who were 17.1% of the population under age 18.
Although the numerical growth of the Hispanic population since 2000----more than 15 million----surpassed the totals for the previous two decades, the growth rate of 43% was somewhat slower than previous decades. Growth rates topped 50% in the 1980s (53%) and 1990s (58%).
Geographically, most Hispanics still live in nine states that have large, long-standing Latino communities----Arizona, California, Colorado, Florida, Illinois, New Mexico, New Jersey, New York and Texas----but the share living in other states has been growing. In 2010, 76% of Latinos lived in these nine states, compared with 81% in 2000 and 86% in 1990. (In 2000, 50% of Hispanics lived in California and Texas alone. In 2010, that share was 46%.) Despite the pattern of dispersion, however, there are more Latinos living in Los Angeles County (4.7 million) than in any state except California and Texas.
The states with the largest percent growth in their Hispanic populations include nine where the Latino population more than doubled, including a swath in the southeast United States----Alabama, Arkansas, Kentucky, Mississippi, North Carolina, Tennessee and South Carolina. The Hispanic population also more than doubled in Maryland and South Dakota.
The report includes state rankings and totals for the size, share and percent growth of the overall Hispanic population and the population of Hispanic children under age 18. Also available on the Pew Hispanic Center's website are Excel files containing Hispanic and non-Hispanic population totals in each of the nation's states.
The report, "Hispanics Account for More Than Half of Nation's Growth in the Past Decade," authored by Jeffrey Passel, Senior Demographer, Pew Hispanic Center, D'Vera Cohn, Senior Writer, Pew Research Center, and Mark Hugo Lopez, Associate Director, Pew Hispanic Center, is available at the Pew Hispanic Center's website, www.pewhispanic.org.
The Pew Hispanic Center, a project of the Pew Research Center, is a nonpartisan, non-advocacy research organization based in Washington, D.C. and is funded by The Pew Charitable Trusts. 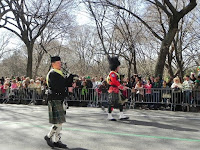 An appeal for help: On April 3rd, 2011 Latino Sports will award our newest Hall Of Fame baseball player, Roberto Alomar with the "Boricua Pride Award" for becoming the 3rd Puerto Rican & 10th Latino to be inducted into the most prestigious baseball museum, The Hall of Fame (HOF). The event is also a fundraiser to rent buses to take kids from the South Bronx to a once in a lifetime experience to Cooperstown, NY on July 24th, 2011 to watch Roberto Alomar get inducted into this prestigious hall and to tour the HOF something that none of these children would ever get a chance to do.

If you know of anyone that might be interested in sponsoring, purchasing a table, or tickets, Please let me know ASAP, or pass this information on to them.

The 2010 statistics on the Latino youth, particularly the Puerto Rican youth in the South Bronx is enough to make everyone with a conscious do anything to try and help rescue our youth from this desperate situation.

Information will soon be posted on www.latinosports.com. To contact Julio Pabon, e-mail latsports(at)aol.com.
on March 16, 2011 No comments:

Good to know that Puerto Rico is becoming a more significant player in the world of film and production. I hope more Puerto Rican filmmakers, actors and production crew members will be able to benefit.

The Governor of Puerto Rico, Luis G. Fortuño, today signed into law the Economic Incentives for the Development of the Puerto Rico Film Industry Act, a bill that is designed to make Puerto Rico’s current production incentives among the most attractive in the industry, as well as promote the development of state-of-the-art media infrastructure, including high-capacity studios. It also designates the media industry as one of the core sectors of the Governor’s ambitious economic development platform.
Under the new law, the government of Puerto Rico has created a series of new incentives and expanded current ones. They include expanded lists of eligible projects, higher caps on existing incentives and new incentives for the development and operation of production facilities on the Island. The new law will be overseen by the Department of Economic Development and Commerce and the Puerto Rico Film Commission.
“Puerto Rico already offers some of the most aggressive tax incentives in the world, making the Island an important center for a number of industries, from biosciences to aerospace. This ambitious bill will place the media industry on an equal footing with others, both with regard to production and the development and operation of related infrastructure,” said Secretary of Economic Development and Commerce, José Ramón Pérez-Riera. “Puerto Rico is known for its variety of locations that can substitute for almost anywhere in the world. It also has U.S. trained crews, artistic talent and state-of- the-art equipment.”
Among the highlights of the new law:
The legislation expands the list of eligible projects to include feature and short films, documentaries, television programs, including series in episodes, miniseries and pilots, music videos, commercials, videogames, recorded live events and original sound track and dubbing recordings. The minimum spending requirements for all eligible projects have been simplified, and the amount has been reduced to $100,000 in payments to residents of Puerto Rico. There is an exception for short films, which will be subjected to a $50,000 minimum requirement. Principal photography requirements are eliminated.
The legislation expands the current 40 percent production tax credit on payments to Puerto Rico residents to include payments to non-resident talent, subject to a reduced 20 percent rate.
The legislation also raises the annual cap on tax credits from $15 million to $50 million on payments to Puerto Rico residents and may be expanded up to $350 million. Credits generated by payments to non-resident talent are not capped. There are no individual or per project caps.
Complementing and enhancing Puerto Rico’s production offering, the legislation provides incentives for the development, construction and operation of state-of-the-art production facilities. The legislation raises the existing infrastructure tax credit to 25 percent on all costs related to the development or expansion of studios, laboratories and other related facilities. It also offers favorable tax treatment to studio operators and related businesses including a fixed income tax rate of between 4 percent and 10 percent, as well as a 90 percent to 100 percent exemption on all other state and local taxes.
Over 60 productions have taken advantage of Puerto Rico’s current incentive program, including Disney’s “Pirates of the Caribbean 4,” Universal Picture’s “Fast 5” and Warner Brothers’ “The Losers,” in addition to a variety of independent films such as “The Rum Diary,” starring Johnny Depp, “The Men Who Stare at Goats,” starring George Clooney and “Che”, starring Puerto Rican-born actor Benicio Del Toro.
on March 04, 2011 No comments: