Showing posts with the label film
Show all 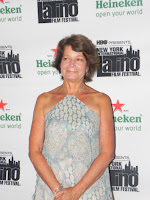 July 10, 2008
Film Handball Court Summer Film Series at White Park, NYC's El Barrio "Political Animals", this year's curatorial theme… MediaNoche presents the free Handball Court Summer Film Series at White Park beginning Saturday, July 12. The series at White Park (106th Street between Lexington and Third Avenues) will run Saturday nights at sunset (about 8 p.m.) until August 30. Curator Judith Escalona brings together a set of fictional films, dramas and comedies, examining the U.S. electoral process. The Candidate (1972), which looks at how a young politician slowly gives up his ideals to be elected, is as relevant today as when it premiered 36 years ago! In the more recent Head of State (2003), a young politician who knows the ropes finds his voice and a way to embrace his ideals. The last film in this set is actually a documentary entitled An Unreasonable Man, a moving portrait of America's greatest public advocate Ralph Nader that includes a critical view of the
Post a Comment
Read more
July 07, 2008

In the Mailbox Hello Everyone! Thank you for your continued support of Latino Arts and all its many forms! We are truly grateful! We are proud to announce LOISAIDA CORTOS LATINO FILM FESTIVAL'S 7th year of bringing quality short films to our community (in New York City) and to cities in Europe such as Barcelona, Madrid and Antwerp since 2005. Also our first Mexico screening at THE LATIN AMERICAN FOOD SHOW ( www.lafs.com.mx ) in Cancun this September 2008 and for 2009 our first screenings in Brazil and China!!! This year our festival has moved up to Sunday, August 24 with pre-festival events (this Thursday!!!!) THURSDAYS JULY 10 & AUGUST 7 @ NUBLU ( www.nublu.net ) with performances by "ROPA VIEJA" and NUBLU's resident DJ's plus FREE COCKTAILS FROM BUDWEISER & BACARDI for those of you who get there early!!!! With all this said...we want to remind you that our call for submissions is in full effect and our deadline is: AUGUST 8 ! So, please help us
Post a Comment
Read more 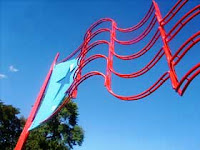 Film The Institute of Puerto Rican Arts & Culture (IPRAC) announces the Puerto Rican Film Series 2008, kicking off with FLAGS OF STEEL Saturday July 12 Bring blankets, folding chairs and picnic baskets and enjoy a film under the stars! Starting Saturday, July 12 and continuing every other Saturday, IPRAC presents the Puerto Rican Film Series, an outdoor film festival featuring the film work of new and established Puerto Rican directors, producers and actors. In its fifth year, the series has become in a Chicago summer favorite. The Puerto Rican Film Series is the only Puerto Rican/Latino film program in the park system gathering visitors from Chicago and the Midwest counting in average 300 attendants per screening. Families with their pets, couples and friends can bring their picnic baskets, folding chairs, blankets and enjoy a film under the stars at the beautiful grounds of the Humboldt Park Boat House. FREE parking, admission, popcorn, raffles and a night of culture and en
Post a Comment
Read more
More posts