Showing posts with the label writer
Show all

Commentary By Shaggy Flores I’ve had the honor of knowing the literary genius, Louis Reyes Rivera , as my friend, hermano , mentor, editor, teacher, and fellow Nuyorican Poet. To say that other young writers and I were heavily influenced by his work would be an understatement.  Louis was what many of us aspire to become as artists, human beings, and cultural workers. He was a committed African Diaspora scholar who was not only a master of his craft, but someone who firmly believed that the artist and writer should also serve as a servant of the people. He believed that we must all do our part to uplift humanity by addressing social and economic conditions through the arts. I met Louis Reyes Rivera years ago at the North East Latino Student Conference in UMass Amherst in Massachusetts. I was one of the main folks to push the most for his attendance as a main speaker. I finally got to meet Louis in person at the Campus Center Café a few hours before he w
Post a Comment
Read more 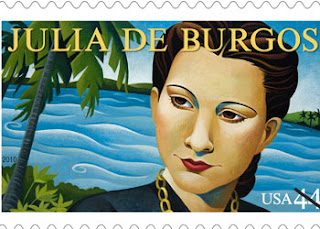 Commentary By Steven Maginnis There are few people more deserving of commemoration on a United States postage stamp than Puerto Rican poet Julia de Burgos.  De Burgos, who lived from 1914 to 1953, grew up in poverty in Puerto Rico but managed to go to college through a scholarship and become a teacher - effectively pulling herself up by her own bootstraps.  Later, through involvement with the Puerto Rican Nationalist party, she became a full-time writer and wrote about her love of Puerto Rico, the social struggles of the poor and oppressed, and her own feelings of entrapment and confinement. "Writing in the 1930s through the 1950s," one reviewer for  Publishers Weekly,  commented, "de Burgos was ahead of her time in grasping connections between history, the body, politics, love, self-negation and feminism that would later prove to be the foundations for writers like [Adrienne] Rich and [Sylvia] Plath."      In September 2010, Julia de Burgos - who died
Post a Comment
Read more

My guest tomorrow on PRSUN Radio is writer, artist and community activist Marina Ortiz. Ortiz is the woman behind Virtual Boricua, a site dedicated to boricua culture, and East Harlem Preservation, a site dedicated to East Harlem community issues. To learn more about Ortiz, check out my blog at www.blogtalkradio.com/prsunradio . The interview is at 5 p.m. tomorrow. UPDATE: To listen to my interview with Marina,
Post a Comment
Read more 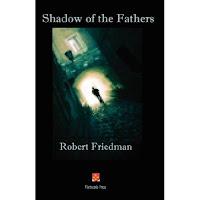